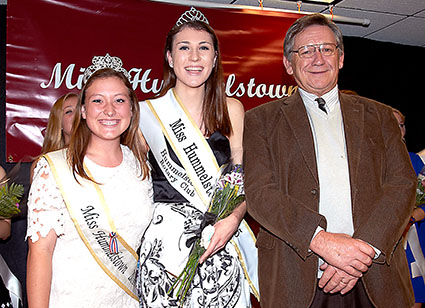 Patty Wylie, daughter of Bill and Sherie Wylie, won the title in Hummelstown, besting other contestants in the competition, which included essay writing and an interview with a panel of judges.

Wylie was sponsored by the Rotary Club of Hummelstown.

Other award-winners, and their sponsors, include the following:

Samantha Markley, sponsored by the South Hanover Lions Club, was voted Miss Congeniality by the other contestants.

The Paul Baker Essay Award winner was Sarah Jo Gibbs. She was sponsored by the Marine Corps League.

The Jerry Kling Leadership Award-winner was Gabrielle James. She was sponsored by American Legion Post 265.

The pageant is sponsored annually by the Hummelstown Community Foundation.

The judges for the pageant were Lois Baker, Kathy Baker O’Day, Robert and Marge Cutright, and Bill and Rosemary Jackson.