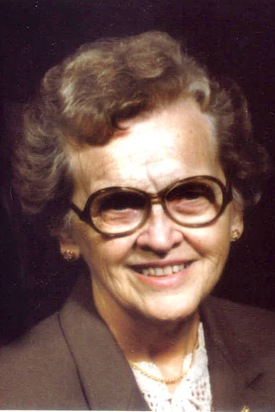 Wilma was married to George C. Merkel on November 29, 1935. They raised a family of three sons. She was a homemaker who lived in Oklahoma and Iowa while George commanded the 689th Field Artillery Battalion in World War II. The family moved to Middletown in 1960 and George served as the borough manager for 17 years. Wilma was an accomplished artist, quilter, and enjoyed canning and gardening.

She was preceded in death by her husband George, who departed this life in 2000.

Mass of Christian burial will be celebrated at 10:30 a.m. on Wednesday, April 10 at Seven Sorrows of the Blessed Virgin Mary Catholic Church, Race & Conewago Sts., Middletown, with the Rev. Ted Keating as celebrant.

Burial will be in Indiantown Gap National Cemetery.

Visitation will be from 9:30-10:30 a.m. on Wednesday in the narthex of Seven Sorrows Church.
In lieu of flowers, donations in Wilma’s memory may be made to the Middletown Public Library, 20 North Catherine St., Middletown, PA 17057 or Misericordia Nursing and Rehabilitation Center, 998 S. Russel Street, York, PA 17402.

Arrangements by Frank E. Matinchek and Daughter Funeral Home and Cremation Services, Inc., Middletown.
Condolences may be shared at www.matinchekanddaughterfuneralhome.com.

Breakdown for Sunday, May 31: Negative COVID-19 tests in southcentral region closing in on 50,000