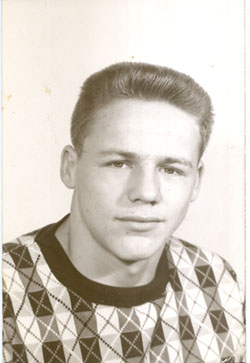 Born in Highspire, he was the son of the late John C. and Dena Wine Porr.

He was a United States Marine veteran, serving during the Korean War; was a graduate of the former Highspire High School, class of 1952; and was a retired truck driver and a member of the International Brotherhood of Teamsters. After his retirement, Bill worked at Avis Rent-a-Car, Middletown. He was an avid sports fan, who liked the Philadelphia Phillies, Miami Dolphins and Notre Dame.

He was preceded in death by two children Debra Lancaster and David Porr, and two sisters Lylie Getz and Laura Dial.

A Life Celebration Service was held on Tuesday at Coble-Reber Funeral Home, Middletown, with the Rev. Brian Medkeff-Rose, Chaplain at Hospice of Central PA officiating.

Interment was in Woodlawn Memorial Gardens.

In lieu of flowers the family requests memorial contributions be made to Hospice of Central PA, 1320 Linglestown Road, Harrisburg, PA 17110.

To share your fondest memories of Bill, please visit www.lifecelebration.com.