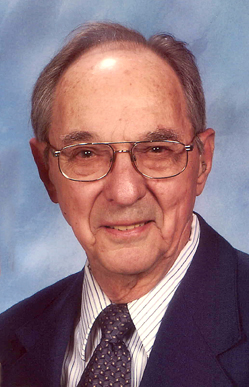 He was a member of St. Peter’s Evangelical Lutheran Church; was a former member of Elks Lodge 1092, Middletown, the former president of the Middletown Rotary Club, a former borough councilman and a member of the George Frey Trust; was a graduate of Middletown High School class of 1946; he worked for UGI for 16 years; was vice president of The Harrisburg Chamber of Commerce from 1968-1973; and was also the owner/operator of Reider’s Hardware in Middletown for over 30 years.

He enjoyed hunting, playing chess, reading, tinkering with anything mechanical, but more than anything, he enjoyed the time spent with and the love he received from his grandchildren and great-grandchildren.

A Memorial Celebration of Walt’s Life was held on Friday at his church, with the Rev. Dr. J. Richard Eckert officiating.

Inurnment was in Memorial Gardens at St. Peter’s Kierch, Middletown.

Memorial contributions may be made to St. Peter’s Evangelical Lutheran Church, Spring and Union Sts., Middletown or to Hospice of Central PA, 1320 Linglestown Rd., Harrisburg, PA 17110.