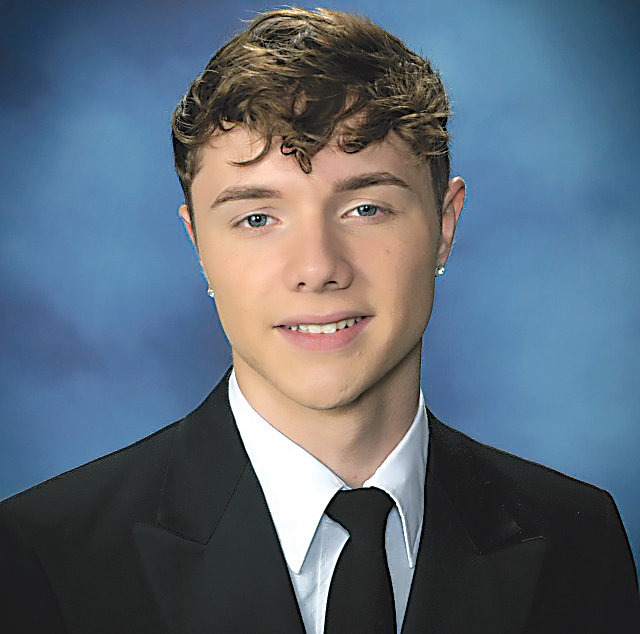 The Dauphin County Coroner has ruled that homicide was the cause of death of Torin Dworchak — the 18-year-old 2019 Middletown Area High School graduate whose body was found near the National Civil War Museum shortly after 7 a.m. Sept. 5.

The autopsy was performed earlier this week, and according to a press release, Dworchak died of multiple gunshot wounds to the face. Harrisburg police Wednesday charged two Harrisburg men with his murder.

Randolph is being held without bail in Dauphin County Prison. He is scheduled for a preliminary hearing before Johnson on Sept. 26.

On Wednesday, a warrant was issued for the arrest of Acevedo, whom police say shot and killed Dworchak. Acevedo faces the same charges as Randolph.

According to police, Dworchak on Sept. 4 had contacted Randolph about “meeting up,” to which Randolph agreed. Randolph and Acevedo then spoke with one another and agreed to rob Dworchak.

Randolph and Dworchak were in the area of Randolph’s residence on Thomas Street when Acevedo approached the two men, and then pointed a gun at Dworchak demanding he give up his property, according to police.

The items stolen from Dworchak included his wallet — containing a Visa debit card — his cellphone, and his car, according to arrest papers.

Police say that Acevedo then forced Dworchak into the trunk of Dworchak’s own car. Acevedo and Randolph then got in the front seats of Dworchak’s car, with Acevedo driving.

Police say that Acevedo drove the car to an unknown location in Bellevue Park. He then stopped the car, got out and opened the trunk.

Acevedo confronted Dworchak and fired two shots, striking Dworchak in the head and face, police said. Acevedo then got back in the car and drove away from the area, eventually abandoning the car with Dworchak’s body still in the trunk.

Dworchak’s death was ruled a homicide as a result of gunshot wounds to the head, following an autopsy of Dworchak that was conducted on Tuesday Sept. 10 by forensic pathologist Dr. Wayne Ross through the Dauphin County Coroner’s Office, according to arrest papers.

Police said that Randolph, in a Sept. 11 interview, told detectives that Acevedo had told Randolph that Acevedo returned to the car on the night of Sept. 4, drove it to the grounds of the museum, and dumped Dworchak’s body where the body was found in the lower parking lot area of the museum.

Acevedo then abandoned Dworchak’s car in another location, police said.

On Sept. 5, police were contacted by Dworchak’s mother, who told them that a debit card issued to Dworchak had been used at various retail locations in Dauphin County. The mother knew this because she had access to Dworchak’s account, police said.

Police determined that Acevedo and Randolph had used Dworchak’s card to buy two pairs of Disrupter red and white sneakers totaling $99.98, from the Journeys store in the Harrisburg Mall on Sept. 5, according to arrest papers.

Police also viewed surveillance video showing that Acevedo and Randolph had purchased $12 worth of items using Dworchak’s card at 2:39 p.m. on Sept. 5 from the Choice Tobacco Outlet at 2408 Market St. in Harrisburg.

Police obtained consent to search Randolph’s apartment on Thomas Street, where according to arrest papers police found one of the pairs of sneakers that Acevedo and Randolph had purchased on Sept. 5 using Dworchak’s debit card.

Police in arrest papers said that Dworchak’s family told them of two other purchases made using Dworchak’s card after Dworchak’s body had been found.

Besides the murder charges filed against both men on Sept. 11, Acevedo and Randolph also face additional charges stemming from the unauthorized use of Dworchak’s debit card.

Randolph on Sept. 6 was arraigned before Johnson and charged with two counts of identity theft and four counts of access device issued to another who did not authorize use. A preliminary hearing on those charges is also set for Sept. 26.

On Sept. 10, Acevedo was charged with two counts each of identity theft, access device issued to another who did not authorize use, and receiving stolen property. Acevedo is awaiting setting of a preliminary hearing on those charges.