Timothy N. Pickel, 49, of Middletown, entered into rest peacefully on Tuesday, December 24, at Community General Osteopathic Hospital, with his family by his side. 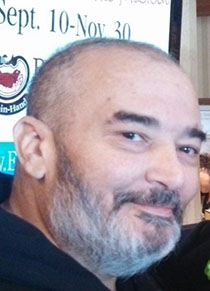 He was born in Middletown on November 30, 1964, and is the son of Dawn Reigle Pickel and the late Martin Pickel.

He was employed as a Unix System Administrator with Exel, Inc., Mechanicsburg; was of the Methodist faith; and worked with the youth as a bowling coach.

In addition to his father he was preceded in death by his sister Wendy Hoffman.

Visitation was held from 9:30 until time of service on Tuesday at the church.

The Matinchek & Daughter Funeral Home and Cremation Services, Middletown is handling the arrangements.

Condolences to the Pickel family may be shared at www.matinchekanddaughter.com.