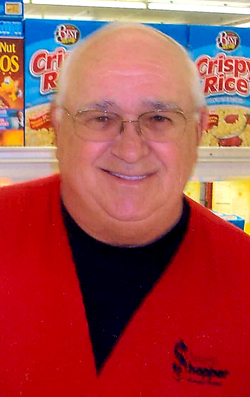 He was a retired pressman with Kurzenknabe Press, Harrisburg; he was a former mayor and past president of Royalton Borough Council, a former football coach and former president of the Middletown Boys Club; and he enjoyed golfing and was the National Champion of Speed Skating. His greatest joy was the love of his family, especially his grandchildren and his love for his Chihuahuas.

In addition to his parents, he was preceded in death by his brothers Jesse O. Jr. and Samuel Biesecker.

A Tribute to Teddy’s life was celebrated on Tuesday at the Frank E. Matinchek and Daughter Funeral Home and Cremation Services, Inc., Middletown, with Pastor Douglas G. Hill officiating.

Condolences may be shared at www.matinchekanddaughterfuneralhome.com.{jcomments on}