Scott A. Sadler, 43, of Middletown, entered into eternal rest on Friday, March 14, at his home, as a result of a long struggle with bipolar disorder. 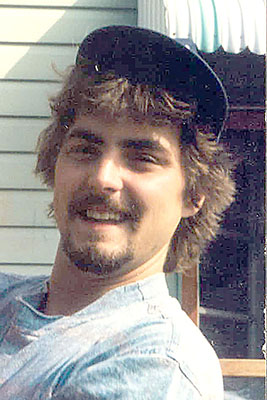 He was born on October 17, 1970 in Camp Hill, and was the son of Daniel D. Sadler Sr. and the late Sandra Bowman Sadler.

Scott was of the Protestant faith and attended Highspire United Methodist Church; he was a member of American Legion Post 594, VFW Post 1620, and Moose Lodge Post 410, all of Middletown; was a graduate of Lower Dauphin High School, class of 1989; and he was an avid guitar player and local musician and he also enjoyed drawing.

A Tribute to his life will be held at 11 a.m. on Wednesday, March 19, at Highspire United Methodist Church, 170 2nd St., Highspire, with the Rev. Willie Caraballo officiating.

Burial will be in Bainbridge Cemetery immediately following the service.

Viewing will be from 10 a.m. until time of service on Wednesday at the church.

Funeral arrangements are being entrusted to the Matinchek & Daughter Funeral Home and Cremation Services, Middletown.