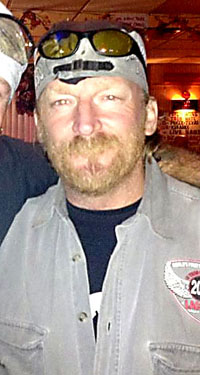 He was born on May 26, 1963 in Middletown, and was the son of Betty Barnes Sharp and the late Edward L. Sharp Sr.

He attended Victory Church in Lancaster and Calvary Bible Church in Mount Joy; was a member of the NRA and the Rausch Creek Trail Riders, Tower City; he was a trailer technician for Utility Keystone in Mount Joy; was a very skilled craftsman; and he enjoyed riding motorcycles, going four-wheeling, target shooting, and traveling the states on motorcycle with friends. But his greatest enjoyment was spoiling his grandchildren.

In addition to his father, Robert was preceded in death by his son Robert L. Sharp Jr.

In addition to his mother, he is survived by his loving wife of 17 years Wanda Steffy Sharp; two daughters Jessica, wife of Chris Lawson of Middletown, and Samantha, wife of Joe Murphy Jr. of Columbia; four grandchildren Allyson, Dakota, Hunter, and Joey; sister Wanda, wife of Ramon Santiago; and brother Edward, husband of Debra Sharp.

A Tribute to his life was held on Monday at the Frank E. Matinchek and Daughter Funeral Home and Cremation Services, Inc., Middletown, with the Pastor Tommy Stoudt Jr. officiating.

Which Pa. counties have most coronavirus deaths per 100,000 residents? Where does Dauphin rank?

Pa. reports fewest new coronavirus cases in two months, with only 24 in Dauphin, 3 in Lebanon

Hershey Medical Center's number of coronavirus patients up again, getting near its highest total