Publisher's Voice: Have we lost our town?

Now is the time for downtown revitalization! Agreed. Everybody is primed to do something! Check. Let’s move from the potential to the reality! Um ... well, there we have a problem.

Publisher's Voice: Have we lost our town? 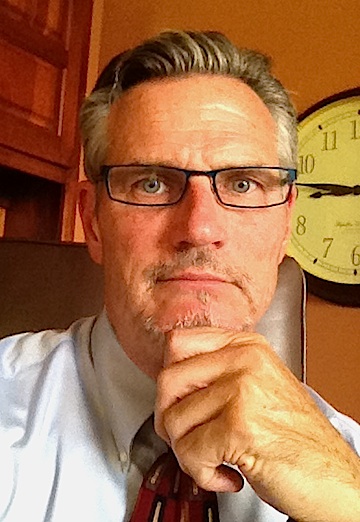 There’s a 500-pound gorilla camped in Middletown Borough Council chambers, and his name is Negative Perception.

Our town’s reality is the negative perception that has destroyed the confidence – and support – of our community, leading to the inevitable notion that Middletown is a lost cause. A joke.

We recently asked residents and visitors on our Facebook page what first comes to mind about Middletown. Far too many of their answers are bleak.

“A dying town,’’ wrote another.

Still another offered, “Once small town USA. Middletown had pride. Now, just a memory, with very little hope to ever return to that quaint little town I loved so much!”

And then there was, “Shady council members, too many renters.”

And one more: “The way things used to be, when honest people ran the town.”

Most of council is quick to crow about its efforts, but in doing so believes it’s necessary to undermine previous administrations by alleging years of misdeeds. Our current council, ambassadors to the world when it comes to Middletown, has essentially cut off its own nose off to spite its face by choosing to target former council members, managers and solicitors in what I believe is a misguided attempt to prove how bad things are and impose blame.

One of the more eye-opening events for me occurred when council waged war on the Greater Middletown Economic Development Corporation (GMEDC), a group of volunteers whose sole purpose was dedicated to the revitalization of the area. I’m a board member and former chairman of the GMEDC, and as a result I have been personally and publicly attacked by both council members and borough staffers.

Perfectly rational, smart, well-informed citizens are rightfully afraid to serve. Don’t believe me? Consider Peter Pappas. After serving on the Middletown Borough Authority for more than 25 years, Pappas was targeted by council and eventually removed by a Dauphin County Court judge on a technicality, signaling to the world — and borough citizens — that Middletown council is unconstrained by conventions, by morality, or by anything else.
One only has to read Dauphin County Judge Lawrence Clark’s admonishment of council in his ruling, as reported by the Patriot-News: “The borough (council) should take no comfort or joy in this obligatory decision by the court. The borough council, in our considered view, has shown a significant lack of gratitude toward over a quarter century of faithful service provided by Mr. Pappas to his fellow citizens.”

There’s a serious cost to all of this political maneuvering. So much of what council has done over the last several years has resulted in an erosion of respect for the oldest community in Dauphin County. Many citizens may have yet to perceive it, but much of the outside world sees Middletown not as The Place to Be but as a town that lost its way. If we understand anything we will figure out this path is unhealthy ­– for everyone.

If we really want our town to be known as a place with virtues, then we have to invest in them. The citizens of Middletown must have the commitment and will to go all the way with it. This is more than the result of an election. We all have a long road ahead if we care about changing entrenched negative public perceptions.

On the road to uncovering our town’s true potential, make an effort to befriend the people you want to see stay in business, and be loyal patrons. Speak nicely about your neighbors, your neighborhoods and friends. Don’t be afraid to proudly say where you live or work.

Let your voice be heard by voting in the primary on Tuesday, May 21, but understand, that no matter who wins there is too much at stake to idly sit by. Some of those currently sitting on council will serve through January 2014.

To quote lyrics from Joe Cocker, "If what I’m saying don’t ring true … that’s the only way I know now to get through to you.’’