What can communities like Middletown, Highspire and Steelton do to try to remain vital to their residents? It’s a daunting challenge, one that many in our area have attempted to overcome with varying degrees of success. In my mind, the Middletown … 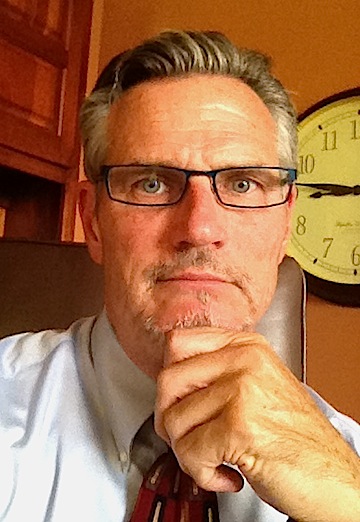 But seems these days in Middletown, the very people who spearhead community programs and events to improve the town fall victim to innuendos and criticisms voiced by those who are more interested in furthering their personal agendas.

As a result, too many of our town’s community-spirited folks are either worn down by borough mismanagement or bludgeoned by its vindictiveness.

Case in point: The third meeting of downtown businesses last week concerning the revitalization of the main business district.

The gathering had been called for the purpose of providing businesses the chance to roll up their sleeves and start assembling ideas to revitalize Middletown’s downtown. Instead, Council President Christopher McNamara hijacked the group’s time with a program carefully crafted to vilify former councilpersons, borough employees and the GMEDC.

And despite McNamara’s claim that “this is not my meeting,” he repeatedly tried to quash the GMEDC representative, Gordon Einhorn, when it was Einhorn’s turn to address the group about critical audit information the borough can’t find.

During a brief lull near the end of McNamara’s hour-long discourse, one businessman voiced what was on the minds of many in attendance: What did the council president’s lecture have to do with the meeting’s purpose, which was revitalizing the downtown? “I thought this was what the meeting was to be about,” the exasperated businessman said.

It was disturbing that once again a meeting involving Middletown officials was merely a litany of finger-pointing accompanied by a catalogue of everyone and everything that is wrong with Middletown.

If half as much of the borough’s effort would have been devoted to the real purpose of the meeting – promoting the positive aspects of our town – truly favorable results could be imagined.

At the conclusion of the meeting, the businesses graciously offered to offset the GMEDC’s cost for resubmitting the borough’s lost audit information and also to support a consultant to develop a concept to revitalize Middletown’s downtown. They were the meeting’s only bright spots.

As long as the borough's management continues its campaign of attacks, people will refrain from stepping up to volunteer for the good of the community. They see the handwriting on the wall – that chances are pretty darn good they could find themselves in the crosshairs of the borough’s hunting expeditions.

In light of borough officials’ continued predilection to assail anyone who diverges from their way of thinking, I understand the jittery attitude of both businesses and citizenry in the borough.

Last week, we reported on the presentation by Mark Morgan, the borough’s financial guru, and McNamara on alleged past mismanagement in the borough. It was staggering to consider the cost to the taxpayers for the number of hours devoted to gather and massage the information presented.

It is perfectly appropriate to ask whether the borough could have devoted some of its precious time to assist its business community instead of logging hour upon hour scrutinizing tens of thousands of 10-year-old e-mails in a veiled intent to serve notice to former borough employees that they may face lawsuits or prosecution.

Ask the people who are responsible for hosting events in Middletown and they’ll tell stories of the borough misplacing records/reports from past events, incorrectly completing and misfiling applications to state authorities, fabricating claims of insurance needs and effectively turning a blind eye toward promoting/supporting those events.

It would be easy to surmise that the procession of borough screw-ups and oversights suffered by community event organizers are just the tip of the iceberg if the current borough administration chooses to use its staff and limited finances to pursue personal vendettas instead of taking care of the details of positive business at hand.

The last thing I wanted to do in my column last week was give a doom-and-gloom portrayal of the public’s sentiment when I cited answers to our Facebook site’s question, “What first comes to your mind when someone says ‘Middletown, PA’?’’
There were plenty of wonderful comments among the 80-plus that were so kindly offered by our friends. Here’s a sampling:
• “Potential.”
• "River rats!!''
• "Sis & Kens...And the old Aquaduct Bridge ... all night catfishing at the point..''
• “Home and family.”
• “Kuppy’s Diner.”
• “High school ... loved it at MAHS!”
• “My childhood!!!”
• “Oldest town in Dauphin County.”
• “The P & J, of course!!! Great paper run by great people.”
• “HIA and TMI.”
• "History in the making.''

Most of the comments were nostalgic in nature, recalling great affection for earlier times. Often that’s what people voice when asked to offer thoughts on improving or redeveloping an area such as our community’s downtown.
Unfortunately, the cold hard fact of life is you cannot recreate the past. Oh, you can make a grand attempt – think Disney World – but that’s out of the realm of financial reality for all but a few.