Much has been written about the vengeful misdeeds that marred and ultimately short-circuited the tenure of former state Attorney General Kathleen Kane. For everyone appalled at her self-inflicted fall, it may be hard to believe another damaging blow … 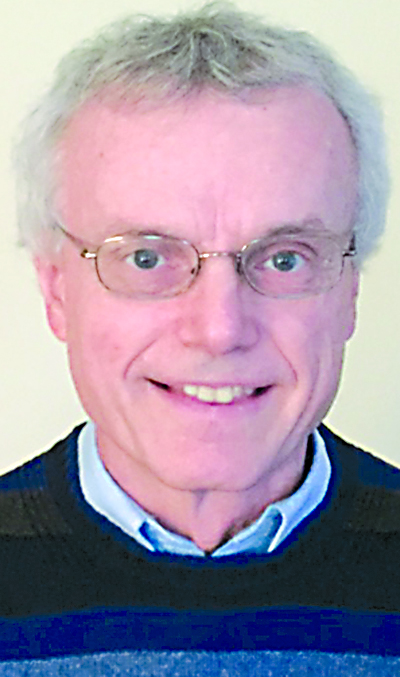 Much has been written about the vengeful misdeeds that marred and ultimately short-circuited the tenure of former state Attorney General Kathleen Kane. For everyone appalled at her self-inflicted fall, it may be hard to believe another damaging blow to the public interest was delivered after Kane departed office.

This year marks the 30th anniversary of the implementation of Pennsylvania’s modern Sunshine Law. This open meeting law guarantees citizens the right to attend and participate in the multitude of meetings held by the thousands of state and local government entities. Unlike many laws, Sunshine is written in plain English, in hope citizens and officials have a common understanding of what is allowable and what is not. January could have been occasion for celebrating and for renewing efforts to further strengthen this fundamental pillar of open and accountable government.

Unfortunately, the corks are staying in the champagne bottles. Unaccompanied by public explanation, a December determination by the attorney general’s office has severely undermined the compliance and enforcement aspects of Sunshine.

In late January 2016, the Manheim Township school board (Lancaster County) met in executive session. The purpose was to plot avoiding public discussion of hiring a superintendent search firm. How do we know, since this board typically does not bother to offer justification for their frequent executive sessions, an acknowledged violation of law? Well, someone dismayed by the subterfuge leaked an incriminating audio recording, confirming public suspicions of misuse of executive sessions.

District residents were furious. Media coverage turned up the heat. The county district attorney dutifully began investigating, but after four months forwarded the matter to the state attorney general. Months later, word came back — no charges. The unreleased letter was characterized as deciding there was no intentional violation because the board consulted their solicitor. Uh, right, the paid counselor who provided the script the board president used to dodge public disclosure.

This seems contrary to logic, common sense, and understanding of what the Sunshine Law says and means. How does mapping out steps for evading the requirements for public deliberations get written off as unintentional? Why does seeking legal guidance for sidestepping the public interest get rewarded with an immunity card?

In the 1960s, professor and humorist Tom Lehrer spoofed liberal church trends in the song “Vatican Rag.” One line says: “Do whatever steps you want if, you have cleared it with the pontiff ... .” Here, the attorney general’s decision essentially signals decisionmakers: “In secret you can duck and bob and weave, as long as your solicitor gives you leave.”

Several years before, the General Assembly finally approved a measure increasing the penalties for intentional violations of the Sunshine Law.

This came in response to another Lancaster County situation, an egregious multi-month violation by county commissioners. Prosecutors had long complained it was not worthwhile pursuing Sunshine complaints, given the minimal penalties. Increased penalties would improve the deterrent value of the law, if the prospect of enforcement proved real. Now the attorney general’s office has essentially nullified the value of that action, by making it nearly impossible to establish intent.

In the NBA, when officials swallow their whistles, the lament is: “No harm, no foul.” But there is documentable damage in shoving Sunshine aside, so the sad situation becomes: “Public harm, but no official foul.”

The problem is apparent. Without effective enforcement of the law, it does not matter how much thought and effort state legislators pour into tightening definitions or strengthening penalties. Because it will be just words on paper that officials and solicitors can play cat-and-mouse with.

It is true that in this age of the opioid crisis, terrorist acts and deadly shooting incidents, law enforcement is being pressed from many serious directions. Yet, in the midst of the community carnage and mayhem, the focus on public integrity has not been lost, as the parade of public corruption cases underscores. But cloud over Sunshine, and the likelihood of improper or illegal official action increases.

There is an intriguing potential solution for this confounding problem, one floated many years ago, unsuccessfully. Make solicitors equally culpable with board members when their advice provides a roadmap for violating Sunshine requirements. If errant legal advice results in penalties in other areas, why not in this foundational good government arena?

And there is another rectifying possibility. A new state attorney general has been sworn in, pledged to restoring integrity and reputation to the office. Start here. Repudiate this affront to accessible and responsible governance. Send the message that open government still matters. Stuff the evil genie of secret shenanigans back in the bottle. And reinforce that rehearsed ways to dodge open government requirements are neither unintentional nor well-intentioned. They are illegal, and will be prosecuted when warranted. Chalk up a big win for the public interest, worthy of celebration.

David A. Atkinson is an associate staff member of The Susquehanna Valley Center, a nonpartisan, nonprofit think tank in central Pennsylvania. The writer is not an attorney, but as an aide to former Sen. Robert C. Jubelirer was involved in the five years of developing the state Sunshine Law as well as subsequent amendments. The views expressed here are those of the author and not necessarily those of The Susquehanna Valley Center.