The awards were presented at a dinner on Thursday, Oct. 16 at the university.

The alumni who received …

The awards were presented at a dinner on Thursday, Oct. 16 at the university.

The alumni who received awards were: 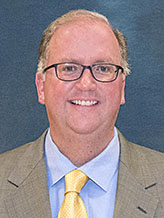 Prior to becoming president, Gurt served as the school’s senior vice president and chief operating officer. An alumnus of Milton Hershey, Gurt has served in a succession of roles there, including vice president of student life, vice president of administration and assistant varsity girls’ basketball coach.

He also served as a relief houseparent for 10 years with his wife, in addition to his regular duties.

Gurt also served as a Milton Hershey School Alumni Association Board officer and was president of the William E. Dearden Alumni Campus Advisory Board.

Gurt also serves on the Board of Directors of the World Children’s Center in Atlanta and the Commission for Accreditation, the body responsible for independent schools in Pennsylvania.

In 2009, the Coalition for Residential Education named Gurt Administrator of the Year. He is also a member of the Hershey Rotary Club. 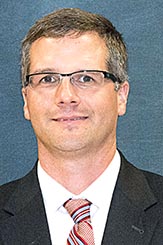 • Matthew Hartzler, president of Warfel Construction Co., a construction management, design and general contracting company, and a 1995 graduate of the university’s School of Science, Engineering, and Technology.

Hartzler joined Warfel shortly after graduation as a project engineer and was later promoted to project manager.  He was named assistant manager of operations in 2002 and became a partner/vice president in 2007. He assumed the role of president in 2013.

He is also active in many local, ecumenical and charitable organizations. He serves on the board of the Mennonite Home Communities and Water Street Ministries; the steering committee for the Global Disciples; and with the Mennonite Economic Development Association.

• Amanda Moyer, assistant news director of radio station WSB in Atlanta, a 2002 graduate of the university’s School of Humanities. 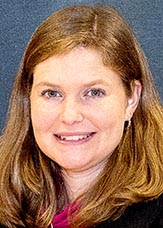 She also serves as executive producer of Atlanta’s Morning News. Prior to that, Moyer was national correspondent at CNN Radio, covering a range of stories, including breaking news nationally and internationally.

Some of Moyer’s most prolific coverage includes the 2008 presidential election; on-scene reporting of the 2007 bridge collapse in Minneapolis; live coverage of the May 2007 tornado that hit the small farming community of Greensburg, Kan.; live coverage in 2006 of the 34-day war between Israel and Hezbollah, reporting from Jerusalem, Haifa and the Israeli/Lebanese border; the one-year anniversary of Hurricane Katrina from New Orleans; the 2005 aftermath of Hurricane Katrina in New Orleans and the devastation Hurricane Rita left behind in Texas and Louisiana; several Super Bowls; the 2008 Final Four; and the 2009 Masters Tournament. 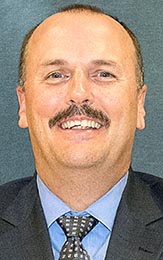 As chief operating officer, Talalai oversees operations across all Select Medical business lines and is a guiding force behind The Select Medical Way, a companywide initiative designed to create enhanced patient and employee experiences that differentiate and elevate the organization.

With a tenure spanning more than 15 years, Talalai has played a key role in the dynamic growth of Select Medical through strategic acquisitions, collaborative joint ventures and organic growth. • William Terrill, a professor and researcher at Michigan State University,’s School of Criminal Justice and a 1992 graduate of Penn State Harrisburg.

His research centers on police behavior, with an emphasis on police use of force and police culture. He has published over 50 scholarly articles, chapters and reports, as well as two books.

Terrill recently completed a National Institute of Justice grant to examine variation in use of police force policies throughout the country and the outcomes associated with the different policies, as well as a private foundation grant involving an observational study of the police in Flint, Mich.