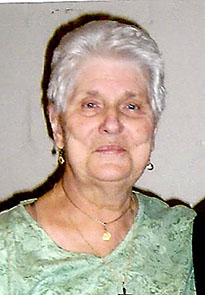 Nancy Wahal Pilsitz, 76, of Middletown, entered into rest on the evening of Wednesday, January 8, in Harrisburg Hospital.

She was born in Dunmore on July 13, 1937 and was the daughter of the late George and Mary Demko Wahal.

She was a graduate of Middletown High School Class of 1955; was a member of Seven Sorrows of the Blessed Virgin Mary Catholic Church, Middletown; she was retired from Middletown Area School District where she worked as a cafeteria worker; she enjoyed bowling, and enjoyed traveling, especially with her family. Her greatest joy came from the love she received from her family, especially her grandchildren.

In addition to her parents she was preceded in death by four sisters, three brothers, and her daughter Denise Pilsitz Brekowsky who passed away in March 2011.

Mass of Christian Burial was celebrated on Monday at Seven Sorrows Church, Middletown, with the Rev. Ted Keating as celebrant.

Memorial contributions in Nancy’s name may be made to Seven Sorrows of the Blessed Virgin Mary Catholic Church, 280 N. Race St., Middletown, PA 17057.