As Dwight Reid arrived at District Judge Michael Smith’s courtroom in Lower Swatara Twp. for a preliminary hearing on Wednesday, June 4, he had no idea who was waiting inside.

Reid, 42, was facing charges stemming from an incident on May 15 …

As Dwight Reid arrived at District Judge Michael Smith’s courtroom in Lower Swatara Twp. for a preliminary hearing on Wednesday, June 4, he had no idea who was waiting inside.

Reid, 42, was facing charges stemming from an incident on May 15 where he allegedly led officers on a low-speed pursuit through Lower Swatara Twp. and Middletown before crashing into a Middletown police cruiser, authorities said. 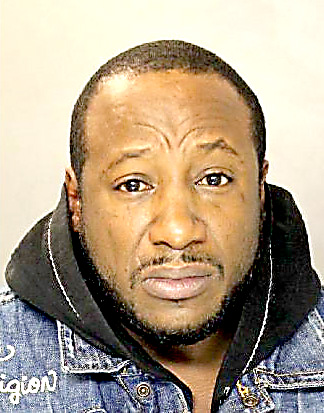 But he was also facing charges in New York City – for first-degree murder.

So on the day of Reid’s hearing, New York City detectives were waiting inside to arrest him. “I would have bet money [Reid] wouldn’t have shown up,” said Lower Swatara Police Chief Richard Brandt.

“It just goes to show you not all criminals are smart,” Brandt said.

It all started when Lower Swatara Officer Joseph Smith attempted to pull Reid over on May 15.

Reid didn’t speed away, but he didn’t stop – until he struck a Middletown police vehicle, police said. Reid then led officers on a brief foot chase before Smith subdued him with a Taser, police said.

Initially, Reid supplied officers with false identification, police said. Electronic fingerprinting revealed his real identity, but no outstanding warrants showed up under his name, authorities said. He was arraigned, and bond was set at $50,000, which was posted by Reid’s friends or family within a couple days, Brandt said.

But within a day or so after his release, detectives from New York called looking for Reid.

Searches for Reid turned up empty.

“We couldn’t find him. He was not around,” Brandt said. “The plan at that point was to wait until the hearing.”
The plan paid off.

New York City detectives arrested Reid in the parking lot of Smith’s office and took him back to the city.

Reid’s local charges, including DUI, DUI-controlled substance, fleeing or attempting to elude a police officer, involvement in an accident involving damage to attended vehicle, and several summary offenses were bound over for Dauphin County Court.

“It just goes to show you that when we pull someone over, we never know who they are,” Brandt said. “This guy was a very, very bad guy.”