Kathryn Anna Sellers Smith, 103, of Elizabethtown, entered into her eternal rest on Saturday, March 22. She was the loving wife of the late Alfred Allen Smith. 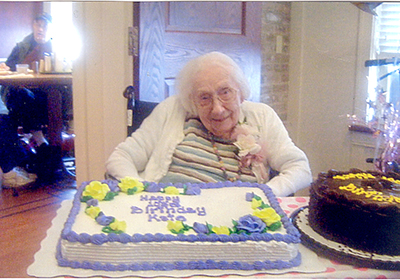 Born in Harrisburg, she was the daughter of the late William F. and Laura Metzler Sellers.

She had been employed at the former Olmsted Air Force Base in Middletown from 1942 to 1968 as a secretary and was awarded a certificate for Superior Performance by the United States Air Force. A faithful member of Middletown First Church of God since 1968, Kathryn enjoyed visiting and entertaining friends, playing cards, reading newspapers, and listening to music, particularly hymns. She was a fan of the Boston Pops Orchestra. Kathryn will be remembered as a wonderful woman who had a keen sense of humor and could always make people smile.

At Kathryn’s request, there will be a private Graveside Service.