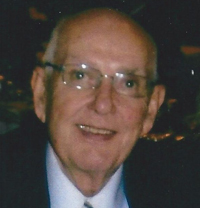 He was born on September 29, 1939 in Shamokin and was the son of the late Alexander and Rita E. Maher Wasilewski.

He was a member of  St. Catherine Laboure Church, Harrisburg; he served in the Air National Guard; he was a claims manager for Nationwide Insurance, Harrisburg; and was a former member of the Cursello Movement, Chambers Hill Athletic Association and St. Catherine’s School Board.

Joe’s favorite pastimes included fishing with his sons and spending time with his grandchildren.

In addition to his parents, Joe was preceded in death by his infant son, Joseph Alexander Wasilewski.

He is survived by his wife Mimi Grosso Wasilewski; two sons Michael J. and wife Brenda Wasilewski of Palmyra, and Mark A. and wife Shelby Wasilewski of Middletown; sister Geraldine Wasilewski of Boiling Springs; and grandchildren Kaci, Kyle, Cole and Emma.

Mass of Christian Burial will be celebrated at 2 p.m. on Wednesday, May 15, in St. Catherine Laboure Church, 4020 Derry St., Harrisburg, with the Reverend Neil S. Sullivan as celebrant.

Burial will be in Holy Cross Cemetery, Harrisburg.

Viewing will be from noon to 2 p.m. on Wednesday at the church.