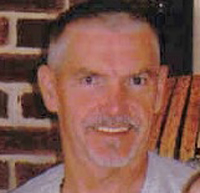 He was born on November 27, 1945 in Columbus, Ohio and was the son of the late James G. and Dorothy LaVerne McCracken Sullivan Loessberg.

He was a retired accountant for the Tyco Co., Harrisburg, and was a member of Seven Sorrows of the Blessed Virgin Mary Catholic Church, Middletown. Joe coached Seven Sorrows girls’ basketball and boys’ baseball for MABA. He was an usher at Seven Sorrows Church.

Some of Joe’s favorite pastimes were doing puzzles, golfing and being an Ohio State Buckeye fan.

Joe’s greatest joy was his family and the love he received and gave to them, especially his grandchildren.

In addition to his parents Joe was preceded in death by his brother James G. Sullivan Jr.

Mass of Christian Burial will be celebrated at 11 a.m. on Saturday, May 18, at his church, 280 N. Race St., Middletown, with the Rev. Ted Keating as Celebrant.

Burial will be in Resurrection Cemetery, Harrisburg.

In lieu of flowers, donations can be made to University of Pittsburgh/Lung Transplant Research, Forbes Tower, Suite 8084, 3600 Forbes Ave. at Meyran Ave., Pittsburgh, PA 15213.