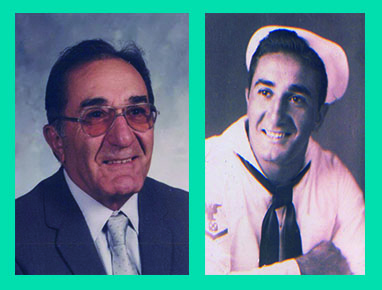 Born on November 10, 1923 in Middletown, he was the son of the late Joseph and Maria Morelli Naples.

He was a proud World War II Navy veteran serving aboard the USS Virgo and the USS Coral Sea. As part of the Amphibious he took part in the invasion of several enemy islands including Tarawa, Marshal Island, Guam, Palau, Bougainville, Hollandia, New Guinea, Aitape, and again in New Guinea. Joseph was awarded medals for the American Campaign, Asiatic Pacific Campaign, Victory World War II, Occupation Service and China Service. He retired from New Cumberland Army Depot as an equipment mechanical foreman; was a member of Seven Sorrows BVM Catholic Church, Middletown, National Retired Federal Employees (NARFE), American Legion Post 594 and Cumberland Valley Volunteer Fireman’s Association; he was a longtime volunteer firefighter and member of the Middletown Fire Department, as well as D.A.V. and the Conewago Rod and Gun Club; and he was an avid angler, hunter and gardener.