John A. Hoffman, 85, of Middletown, entered into eternal rest on Friday,
July 11, at the Middletown Home.

He was born on March 23, 1929, in Greencastle and was the son of the late Upton G. and Zola M. Lanehart Hoffman. 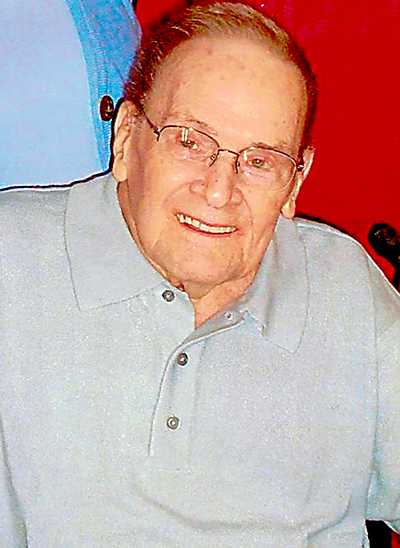 He retired as a store manager for the former A & P Foods; he was a member of Evangelical United Methodist Church, Middletown; a life member of Middletown Anglers and Hunters Association and Greencastle Rescue Hose Company; and was a graduate of Greencastle High School class of 1947.

He enjoyed poker and bowling; he was a former captain of Middletown Anglers and Hunters Pool League; and he sang in a barbershop quartet. But his greatest joy was spending time with his loving family.

In addition to his parents, he was preceded in death by his son Kurtis L. Hoffman, daughter-in-law Michelle Tynio Hoffman, and two brothers Harold Hoffman and Max Hoffman.

A Tribute to his life will be celebrated at 11 a.m. on Wednesday, July 16, at Matinchek and Daughter Funeral Home and Cremation Services, Inc., 260 E. Main St., Middletown, with the Rev. Robert Graybill, his pastor officiating.

A visitation will be held from 10 a.m. until time of service on Wednesday at the funeral home.

Burial will immediately follow the service at Middletown Cemetery.

Online condolences can be sent www.matinchekanddaughterfuneralhome.com.