Isabelle Theresa Clara (Lawrence) Boucher, 59, passed away in Middletown, Pa. on Thursday, December 3, 2015, ending her battle with lung cancer. She was born on April 20, 1956 in New Bedford, Massachusetts, the daughter of the late Frank and Isabelle (Andrade) Lawrence. 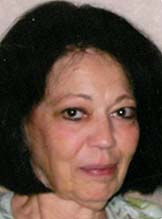 Isabelle enjoyed baking, watching classic movies, and spending time with her grandchildren. She attended St. Kilian’s School and Normandin Junior High School in New Bedford. Soon after graduating from New Bedford High School (class of 1974) she married the love of her life, Richard Henri Boucher. For more than 20 years she worked at CVS on Acushnet Avenue in the North End of New Bedford. She greatly enjoyed interacting with customers. She and Richard moved to Pennsylvania in 2004 to live near their daughter. Isabelle brought her love of people with her. She worked in the Housekeeping Department of The Middletown Home and is fondly remembered by many staff and residents. The nursing home’s current motto, “A community serving from the heart, in the spirit of Friendship, Love, and Truth,” was authored by Isabelle. She was also a member of Prince of Peace Parish in Steelton.

Visiting hours will be held on Wednesday, December 9, 2015 prior to her Mass from 9 to 10:30 a.m. at Rock Funeral Home, 1285 Ashley Blvd., New Bedford, followed by a Funeral Mass at 11 a.m. in St. Joseph-St. Therese Church, Acushnet Ave., New Bedford. Burial will follow in Sacred Heart Cemetery. All family and friends are welcome.

In lieu of flowers, memorial donations may be made in Isabelle’s name to The Middletown Home, 999 West Harrisburg Pike, Middletown, PA 17057, or to Hospice of Central Pennsylvania, 1320 Linglestown Road, Harrisburg, PA 17110.

For directions or tributes visit www.rock-funeralhome.com.