Come one, come all. Come with an open mind. It's time for you selfish conservatives, liberals and moderates to swallow your pride and throw your parties' traditional “beliefs” to the curb.

Our country has a serious problem on our hands. … 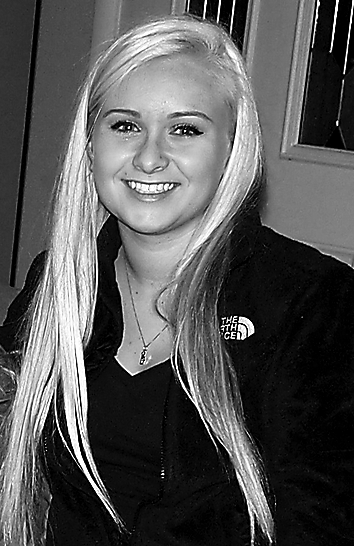 Come one, come all. Come with an open mind. It's time for you selfish conservatives, liberals and moderates to swallow your pride and throw your parties' traditional “beliefs” to the curb.

Our country has a serious problem on our hands. Without efforts to reduce the violence that occurs everyday, we will push our country to the point of no return.

It's been said before, and I’ll say it again: Violence is as American as apple pie. Gun violence has been an unaddressed issue in the Land of the Free for decades.

Where does this violence come from?

Many people disregard the amount of violence children are susceptible to at a young age. After taking a look at several pieces of history from the earlier part of the 20th century, it is apparent that children in their respective time periods were brought up with violent activity in a savage world. Although we see incidences of violence on the news and in social media daily, it is safe to say little initiative has been taken to address this problem.

People are quick to shut down when the topic is gun violence, but it's a problem that cannot be avoided any longer. In reality, our country can combat this violence on an individual, community and national level.

Individually, we need to remove the stigma surrounding mental health. It is very important for physicians to be aware of the mental health of patients as much as physical health. If a physician believes their patient poses a threat to themselves or others, they should intervene by addressing the underlying issues and determining treatment, thus reducing the risk of violence.

We must also keep communities, especially our children, educated. Proper storage of firearms cannot simply be an option. If communities could safely store guns for families who cannot store them safely themselves, that would be an easy way to reduce violence. Something as small as educating the population can make a world of difference.

If gun companies would begin to make the slightest modifications to their weapons, many lives could be spared. The concept of smart guns have been discussed in the past, but have not gained much popularity. Fingerprint identification and wristband identification, along with trigger locks, are small modifications that can be made to reduce violence from stolen weapons, accidental shootings and youth suicides.

Now it's important to address the elephant in the room: the Second Amendment. Many people bring it up when a debate over gun violence and reform is discussed, but few people can truly understand and explain why the amendment was implemented.

The purpose of the Second Amendment was to prevent the British from taking away our guns and stop Americans from defending their country if they were called to serve during the Revolutionary War. It is riveting to see how much our country has adapted this amendment to our present-day lives.

I am a firm believer of attempting all reforms before pursuing legal action. Sometimes attempts to eliminate violence without proper force don’t always work in ways we may anticipate them to.

There should be no reason for anyone to own assault weapons. Assault weapons serve no purpose in the hands of American citizens.

I believe more clearances should be implemented for one who wishes to purchase a firearm. I think it would be a very smart idea to instate a standard waiting period as well. If a universal background check would be conducted on all gun sales, regardless of where the firearm is purchased, and a strict waiting period is instated, it could save many lives.

Buyers who purchase firearms through private sales in the U.S. don't have to pass a background check before obtaining possession of the weapon. This has included sales to criminals, felons and people with a history of severe mental illness. Private sellers should also have to submit background checks on their customers.

I believe the suggestions I have made are not impetuous or rash. They are very smart and sensible potential solutions to a problem that has not been addressed.

These propositions will not eliminate gun violence as a whole, but can significantly reduce gun violence. What our country needs is a combined effort from physicians, community members and leaders, and our federal government, to implement policies, laws and community initiatives.

I don’t want to turn on my television tomorrow and watch the next gun-related tragedy unfold. I want to see reporters talking about what is being done in this country to make a difference.

Hope Dehnert is a 2014 graduate of Middletown Area High School and a sophomore majoring in health administration at Drexel University, Philadelphia.