Having a nice time: Wish you were here?

I’ll bet you are SO happy to finally see weather that is fit for human habitation. I followed the horrific winter of ice, snow, storm after storm, and temperatures that plunged more than Amy Adams’ neckline on the central Pennsylvania television …

Having a nice time: Wish you were here? 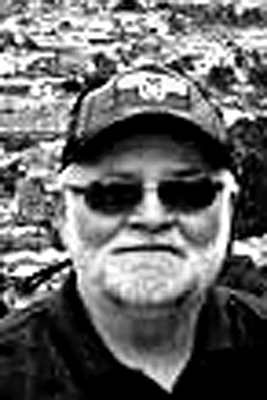 I’ll bet you are SO happy to finally see weather that is fit for human habitation. I followed the horrific winter of ice, snow, storm after storm, and temperatures that plunged more than Amy Adams’ neckline on the central Pennsylvania television stations.

I can appreciate that. I had to endure sunny days and wind chill factors that never got higher than the low 70‘s here.

I can only imagine what the cost to stay warm must have been if one was forced to use the Middletown electric monopoly, or has that changed? My electric bill includes trash removal three times a week, public lighting and a fire department fee. This month, the bill was a staggering $10.96, and over the past year has averaged $15.15 here.

To be fair, I have to use propane to operate the water heater, stove, oven and clothes dryer. That has averaged $5 a month here.

What a joy it is not to own a vehicle! No payments, no gasoline, oil, tires, maintenence and no insurance. I can take a bus any place in the city for 12 cents or a taxi for $3 here.

I can go to one of the many local restaurants and have lunch: a bowl of soup, large platter, juice and dessert for $2 here; walk across the street for a haircut/beard trim for $2 here; go to the doctor or dentist for $30 here; go to museums, or go to the symphony for free here; live tax free here; get an interest rate of 10 percent on CDs (certificates of deposit) here.

Then, in September 2011, my wife, Olga, and I lost our home and possessions in Tropical Storm Lee (thanks, I believe, to Harrisburg International Airport locking the flood gate that allowed water to run under Route 230 – at least there was no water on their runway).

After applying for 101 jobs and receiving one interview, I figured there has to be something better somewhere. We searched the Internet and read books for months and months.

We decided on “here.”

So where in the world is “here?”

“Here” is Cuenca, Ecuador, South America. Cuenca has been consistently named as one of the top retirement places in the world – and after living here for 16 months I would wholeheartedly agree!

If you will excuse me, I think I will get my hair cut, then go for an “expensive” lunch.

Ed O'Connor is an expatriate from Lower Swatara Twp. now living in Ecuador.