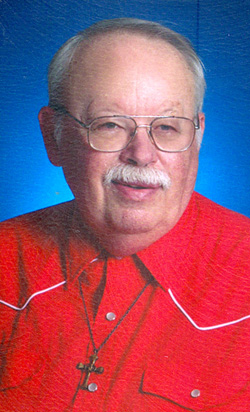 Born in Middletown, he was the son of the late H. Kenneth Aurand Sr. and Betty J. Dissinger Aurand.

He was a veteran of the United States Navy, serving on the U.S.S. Sullivan; and was a member of Emmanuel United Methodist Church, Royalton, the Middletown Volunteer Fire Company, Dauphin County Fireman’s Association and the Fire Police.

Ken was a hard-working family man who took pride in his home in Royalton where he could often be found working. He enjoyed woodworking, painting, collecting coins and putting together model airplanes, boats and cars.

He is survived by three children Kenneth E. Aurand (Kelly) of Catasauqua, Susie Gahring (Thomas) of Royalton, and Shawn Aurand of Royalton; five grandchildren Kaitlin Phillips and Kristopher Aurand, and Julie, Angela and Tommy Gahring; and two great-granddaughters. He will also be missed by his friend and companion Shirley Shertzer.

Interment will be in Hillsdale Cemetery.

Viewing will be held at the funeral home from 7 to 9 p.m. on Thursday, July 18, and from 9 a.m. until time of service on Friday.

To share your fondest memories of Ken, please visit www.lifecelebration.com.