Another game against a first-place team, another thrilling overtime for the Middletown boys' soccer team.

After the Blue Raiders dispatched West Perry, the former leader of the Mid-Penn Conference's Capital Division, 3-2 in overtime on Saturday, … 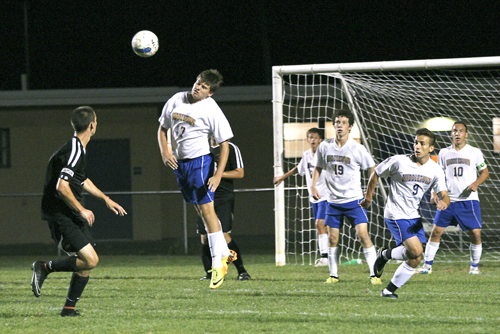 Another game against a first-place team, another thrilling overtime for the Middletown boys' soccer team.

The Panthers had beaten Middletown 2-0 earlier in the season, but the Raiders are a different side, having revamped their formation and learned from early-season mistakes.