Floyd was born in New Cumberland on November 21, 1932 and was the son of the late Floyd F. Sr. and Sara P. Hartman Gutshall. 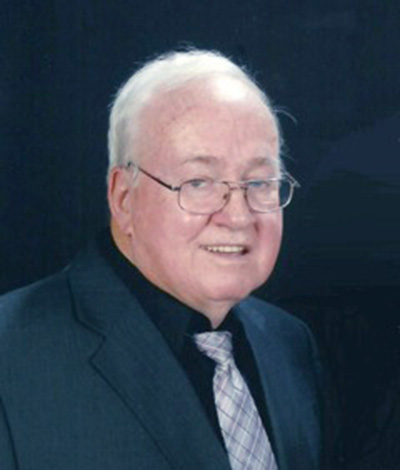 He was a 1951graduate of Hershey High School, and was a member of Geyers United Methodist Church, Middletown. Floyd was a Navy veteran of the Korean War, worked as an equipment operator at Olmsted Air Force Base, and retired as a pest controller at New Cumberland Army Depot.

He enjoyed working in his yard, building, hunting, and motorcycles, but his greatest joy was the love he received from his family. Floyd was a longtime volunteer at the Central Pennsylvania Food Bank, and he also delivered Meals on Wheels.

In addition to his parents, Floyd was preceded in death by a sister Dawn Nye, and a brother Newton Gutshall.

He is survived by his loving wife of 51 years, Shirley M. Kunkel Gutshall; daughter Judith A., wife of David Cherry of Duncannon; son Thad A. Gutshall of Sterling, Va.; sister Diane Bomberger of Titusville, Fla.; two grandchildren Kyle R. Cherry and Casey A. Cherry; and several nieces and nephews.

A Tribute to his life will be held at 11 a.m. on Thursday, July 3, at the Matinchek & Daughter Funeral Home and Cremation Services, Middletown, with the Rev. Donald C. Walters officiating.

Viewing will be from 10 a.m. until time of service on Thursday at the funeral home.

Burial will be at a later date in Ft. Indiantown Gap National Cemetery, Annville.

Memorial contributions in Floyd’s name may be made to Central Pennsylvania Food Bank.