Eva Z. Boyer, 73, of Middletown, entered into eternal rest on January 16, at her home. 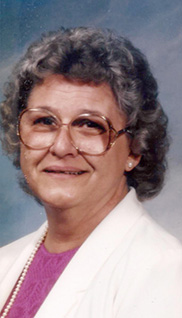 She was born on March 19, 1940 in Middletown and was the daughter of the late Frank Sr. and Pauline Ortity Ziats.

She enjoyed her grandsons, sewing, crocheting, needlepoint, refinishing antique furniture and gardening, and she was retired from the New Cumberland Army Depot where she was an International Logistics Specialist.

In addition to her parents, she was preceded in death by her husband George R. Boyer Sr. in 2010, brothers John J. Ziats and Frank J. Ziats Jr., and sister Anna M. Gromotskie.

Viewing and services will be at the convenience of the family.

In lieu of flowers memorial contributions may be sent in her name to Hospice of Central Pennsylvania, 1320 Linglestown Rd., Harrisburg, PA 17110.