Classic films have not drawn large enough crowds to the Elks Theatre to allow it to stay open, so the 103-year-old movie house was closed this weekend by the group that leases and operates it.

In a statement posted on its Facebook site, Save The … 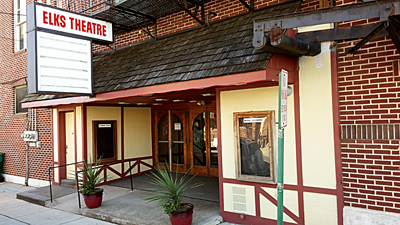 Classic films have not drawn large enough crowds to the Elks Theatre to allow it to stay open, so the 103-year-old movie house was closed this weekend by the group that leases and operates it.

In a statement posted on its Facebook site, Save The Elks, the Greater Middletown Economic Development Corp. announced the closing on Thursday, Oct. 23, saying the theater couldn't cover operating costs without a digital projection system that would allow it to show new movies.

"After a couple of bad weeks in a row, we decided it was not sustainable," said Gordon Einhorn, chairman of the GMEDC's Elks Theatre Committee. Only about 25 people attended one recent showing of a movie, which was the only one of the week.

To show current films, the theater needs a $50,000 digital conversion that will replace the 35-mm film-based technology no longer used by movie distributors. For about 10 weeks, the theater has shown no new movies. At first, films from earlier in the year still available with the old technology headlined the marquee; the theater then adopted a strategy of showing classic films with limited showtimes.

Classic films "Gone With the Wind" and "The Wizard of Oz" slated for showings through December have been canceled because this stopgap strategy failed to generate enough money to continue.

GMEDC bought the Elks Building, which includes the Elks Theater, in 2005 with the intention to continue showing movies at the theater, a role it played for the community since 1911.

The corporation sold the Elks Building and theater to the Middletown Industrial and Commercial Development Authority on Sept. 18 with "the understanding that the MICDA would proceed with the purchase of a digital projection system for the theater, so that we could continue to show new films,'' according to the statement on the Facebook page.

Without the digital system, "we are unable to cover the costs of theater operations,'' the statement says, and the GMEDC "reluctantly determined that we have no choice but to suspend theater operations'' as of this weekend.

The GMEDC hopes a digital system will be in place in the near future, perhaps by the end of the year. The authority "has previously stated that they intend to proceed with the digital conversion before the end of the year,'' the statement says. "If that occurs, we hope to be able to resume theater operations at that time.''

The authority has authorized a $145,000 project to repair and update the building's roof. Work on the roof continued as the theater went dark and the marquee was stripped.

Einhorn said members of the authority discussed other immediate needs for the theater during the yearlong negotiations that led to the building's transfer from GMEDC, including the digital conversion and addressing damage to the theater's ceiling that caused chunks of plaster to fall.

Matt Tunnell, chairman of the authority, and Chris Courogen, Middletown Borough's director of communications, did not respond to calls regarding the Elks on Friday, Oct. 24.

The GMEDC is committed to operate the theater after a digital conversion is completed, Einhorn said. "We wanted to kick off a fundraising campaign for a new marquee," he said.

Winning Patriot’s Pen essay: The America I believe in