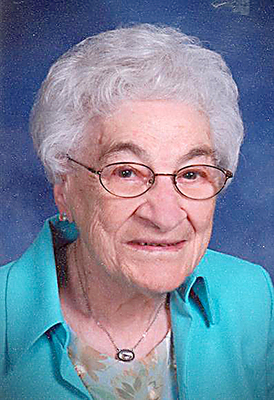 She was born April 1, 1921 in Bear Valley, Schuylkill County to the late George A. and Katie Wesner Bowman.

Dot retired as a registered nurse and was a 1939 graduate of the former Tower City High School and a 1976 graduate of HACC. She was a member of Trinity Evangelical Congregational Church, Rutherford, where she taught Sunday school for many years.

In addition to her parents, she was preceded in death by her husband, Warren Schade, who died in 1982, four brothers, and four sisters.

Burial will be in Woodlawn Memorial Gardens.

A viewing will be held from 1 p.m. until time of service at the funeral home.