By Jim LewisPress And Journal Staff

The Middletown girls’ basketball team shook off a loss to a strong Gettysburg team in the first game of Hershey’s Holiday Tournament to beat Penn Manor in the consolation game and claim third place. 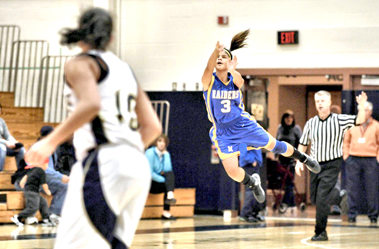 The Raiders ran to a 26-15 lead at halftime, then put the game away with a strong third quarter, outscoring Penn Manor 16-7 to take a commanding 42-22 lead into the fourth quarter.

Middletown lost the opening game of the tournament, 61-32, to Gettysburg on Thursday, Dec. 27. 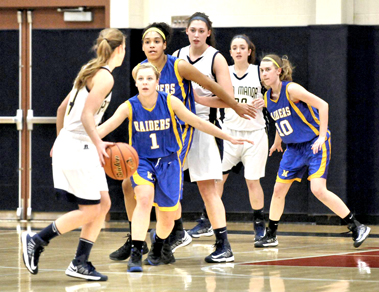 The Raiders return home to host Greencastle-Antrim at 6:30 p.m. on Wednesday, Jan. 2 before hosting a big game in the Mid-Penn Conference Capital Division against unbeaten Steelton-Highspire at 7:30 p.m. on Friday, Jan. 4 at Middletown Area High School.