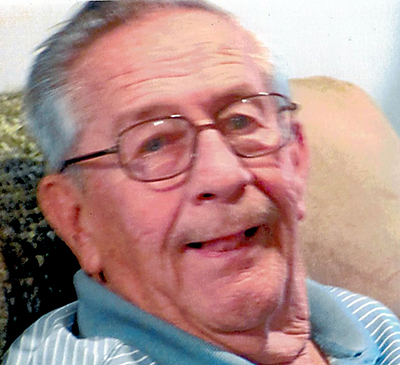 He was born in Mount Carmel on June 19, 1932 to the late George and Josephine Wagner Behney.

He was a member of Holy Name of Jesus Roman Catholic Church, Harrisburg; was a proud veteran of the United States Army serving in the Korean War and was a recipient of the National Defense Service Medal; he was manager for 48 years at the former Behney Motors, Middletown; he loved going to the casinos and painting pictures; and every summer he looked forward to selling his famous homegrown tomatoes. Most importantly he loved spending time with his family and friends.

In addition to his parents, he was preceded in death by his loving wife Dorothy M. Cobaugh Behney of 53 years, four brothers, and four sisters.

He is survived by his loving daughters Trudy M. Walmer and husband James of Hershey, and Deborah L. Miller and husband David of Middletown; brother James Behney of Harrisburg; grandson Justin M. Anderson, Esq. of Alexandria, Va.; and several nieces and nephews.

There was no viewing or visitation.

The family has entrusted the care of the Matinchek and Daughter Funeral Home and Cremation Services, Inc., 260 E. Main St., Middletown, Pa., to handle the arrangements.

Online Condolences can be sent to www.matinchekanddaughterfuneralhome.com.