Charles P. “Phil” Barilla, 89, of Middletown, passed away on Saturday, June 21, at his residence. He was the husband of the late Phyllis M. Updegraff Barilla, who died May 17, 2002. 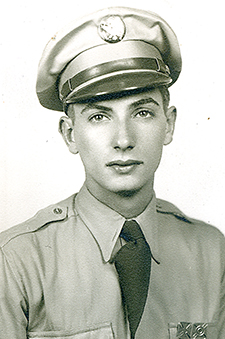 Born in Middletown, he was the son of the late Phillip A. and Maude Schaeffer Barilla.

Phil retired from the Commonwealth of PA, where he worked as an electrician for 20 years, and also retired from the former Olmsted Air Force Base, where he had worked 25 years. He was a United States Army, Battle of the Bulge veteran of World War II. Phil returned from World War II after earning a Bronze Star and enlisted in the PA National Guard serving during the Korean War. He was a member of American Legion Post 594, Middletown, and he loved cars, and enjoyed meticulously caring for his home and yard.

He was preceded in death by his brother Edward Barilla.

Visitation will be from 10 a.m. until time of service on Friday at the funeral home.

Interment will be in Woodlawn Cemetery.