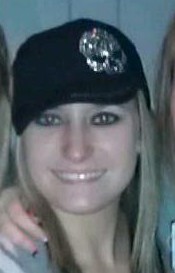 She was a member of Evangelical United Methodist Church, Middletown, and the St. Lawrence Club, Steelton, and enjoyed snowboarding. She was currently employed by the Olive Garden Restaurant, Mechanicsburg.

She was preceded in death by her maternal grandparents Lester and Marian Cooper, and paternal grandfather Richard Kauffman.

Brynn was expecting to become an aunt in March 2013. She was loved by all and will be missed by many extended family members and friends.

Inurnment will be in Middletown Cemetery.

A visitation will be held from 11 a.m. until time of service at the church on Friday.

To share your fondest memories of Brynn, please visit www.lifecelebration.com.