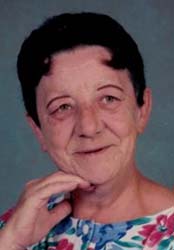 Betty L. Sharp, 76, of Harrisburg, formerly of Middletown, entered into eternal rest peacefully at Harrisburg Hospital on Saturday, May 9, surrounded by her loving family.

She was born on April 5, 1939 in Highspire and was the daughter of the late Louis and Ruth Fornwalt Barnes.

She was a former warehouse worker for Speedmail. Betty enjoyed bingo, but her greatest joy was time spent with children, especially her grandchildren and great-grandchildren.

A Tribute to Betty’s life: Thursday, May 14 at 11 a.m. at the Matinchek & Daughter Funeral Home and Cremation Services, Inc., 260 E. Main St., Middletown, with the Rev. Ann Myers officiating.

Viewing will be from 10 a.m. until the time of the service on Thursday at the funeral home.

Burial will immediately follow the service at Hillsdale Cemetery, Middletown.