A GREAT DAY TO BE BLUE

A GREAT DAY TO BE BLUE 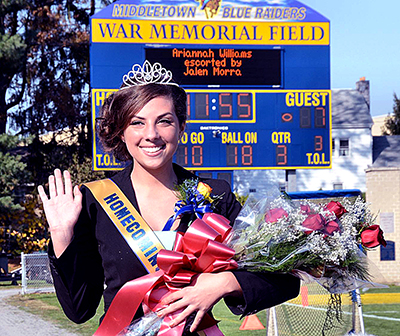 Middletown Area High School celebrated its 2014 Homecoming on Saturday, Oct. 25 with a parade, bonfire, tailgate party and football game awash in the school colors of blue and gold.

Students and alumni paraded down Middletown’s streets on a flawless fall day to revel in everything Blue Raider, the school mascot. From blue boas to the blue uniforms of the high school’s Blue Wave Marching Band to the blue sashes worn by the Homecoming Queen candidates, the celebration brought back high school memories for some – and produced new ones for a young generation on the verge of adulthood.