23 YEARS AGO - Senior Raiders – Pictured are the senior Raiders you’ve enjoyed watching on the field and now it’s time to see them without their helmets. Senior football players honored at the Sunday, November 14, 1993, football banquet are … 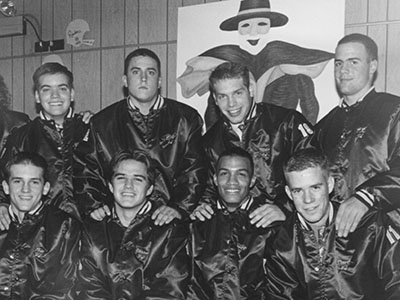 From The Wednesday, November 24, 1993 Edition Of The Press And Journal

Despite capital purchases that include two new police vehicles and a street sweeper, the Lower Swatara Township Board of Commissioners was recently able to advertise a 1994 budget with no tax increases.

“I think it’s a fair budget,” McAlpine told the audience at the special public hearing held prior to the Board’s November business meeting. “The new contract for waste collection is going to save us $20,000,” he added.

McAlpine noted that the tax millage would hold at “2.64 mills for the fifth or sixth year in a row.”

On the expenditure side, total public safety expenses come in at $860,881 in the proposed budget in addition to $402,880 earmarked for total public works.

The proposed 1994 budget will be on display in the municipal building.

Also at Wednesday’s meeting, the Board awarded the Township’s waste management contract to York Disposal Company, Inc., which was the low bidder. The contract is contingent on approval of an agreement that John Polly, vice president of York Disposal, presented to the Board on Wednesday.