The following is a list of cancellations, closings, delays, and other weather alerts. Check back for updates. 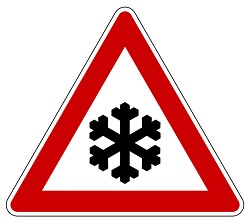 The following is a list of cancellations, closings, delays, and other weather alerts. Check back for updates.

Steel-High: Closed; The Parent Advisory Committee meeting has been rescheduled for next Thursday, March 14th at 6 p.m. at the Elementary School.

Snow Emergency: The Lower Swatara Twp. Board of Commissioners has declared a Snow Emergency that will be in effect until Thursday, March 7 at 8 a.m. During this time, parking is prohibited on Township roadways and travel should be limited to essential and emergency trips only.

Harrisburg International Airport: The airport remains open, but check for flight delays and cancellations going in and out of Middletown. HIA recommends checking flight statuses and contacting your airline directly prior to arriving at the airport.