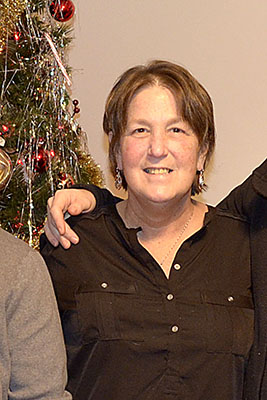 She was born in Ft. Lauderdale, Fla. on December 8, 1961 and was the daughter of June E. Borger and the late George A. Weaver.

She was a graduate of Halifax High School class of 1980, and worked as a server at Phillips Seafood, Harrisburg. Although she was an avid worker, in her spare time she enjoyed dancing, skating, and the beach.

In addition to her father, she was preceded in death by her stepfather Merl Borger.

In addition to her mother, Shara is survived by her loving children Altaira Zimmerman (Bill Phillips) of Middletown, and Shane A. Zimmerman of Middletown; brothers Ronald E. Weaver of Delray Beach, Fla., and Gregory G. Weaver of Plantation, Fla; and several nieces, nephews and cousins.

A Tribute to her life will be held at 11 a.m. on Friday, March 14, at the Matinchek & Daughter Funeral Home and Cremation Services, Middletown, with the Rev. Daniel Durkee officiating.

Burial will be in Lazarus Lutheran Cemetery, Lineboro, Md.

Viewing will be from 10 a.m. until time of service on Friday at the funeral home.

Memorial contributions may be made to the Humane Society of Harrisburg Area, 7790 Grayson Rd., Harrisburg, PA 17111.