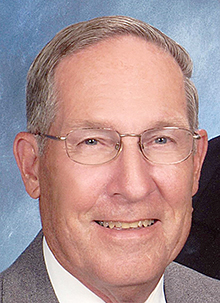 He was born November 26, 1935, to the late Abraham H. and D. June Reider in Londonderry Township, Dauphin County.

He was a veteran of the United States Navy and retired as a civilian from the Department of the Navy in Washington, D.C. and was an active member of First Baptist Church, Lebanon.

One brother, A. Harold Reider, preceded him in death.

Burial will be at Chiques Church of the Brethren, 4045 Sunnyside Road, Manheim.

Christman’s Funeral Home, Inc. is honored to serve the family with the arrangements.