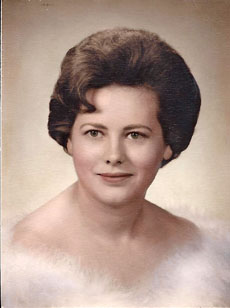 Patty was born on October 2, 1935 in Saxton, and was the daughter of the late Fred F. and Irma Treece Tenley.

She was a graduate of the former Middletown High School class of 1955. In the late 1950s she rode on the Dauphin County Bookmobile. She was a librarian for McCormick Library, Harrisburg, Kline Village Library, and the Middletown Public Library. Patty was a member of Middletown First Church of God, and a former member of the church choir. She had a beautiful soprano voice and loved to sing.

She was a wonderful wife, mother and grandmother. Patty was an excellent cook and baker and reader of books, especially for children. Her greatest joy was spending time with her family, especially her grandchildren.

In addition to her parents, she was preceded in death by her loving husband Charles F. Barge on May 28, 2006, and two sisters Mary Carol Smith and Shirley Hiquet.

A Tribute to her life will be held at 11 a.m. on Friday, October 18, at her church, 245 W. High St., Middletown, with the Rev. Kimberly Shifler and the Rev. Randall Bistline officiating.

Viewing will be from 10 a.m. until time of service on Friday at the church.