A memorial service for Janice M. VanFossen Forney is being held on Saturday, February 8 at Faith Outreach Church, at 3 p.m. The church is located at 100 Brown St., Brown St. Mall, Middletown.

In lieu of flowers donations can be made to the church. 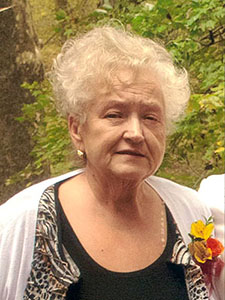 She was born on August 11, 1944 in Nanticoke and was the daughter of Mildred Fink Van Fossen of Middletown and the late John E. Van Fossen, who preceded her in death on December, 17, 2013.

She attended Faith Outreach Center Church, Middletown; she was retired from the State Capital Police where she worked in the State General Services Department; and she enjoyed shopping, going to Ocean City on the Boardwalk, cruising and traveling. Janice’s greatest joy was the love of her family and her grandchildren.

In addition to her father she was preceded in death by her husband James H. Forney Sr., and son-in-law Anthony James Kinsey Sr.

Memorial services and inurnment will be at the convenience of the family.

Condolences may be sent to the Forney family at www.matinchekanddaughterfuneralhome.com.