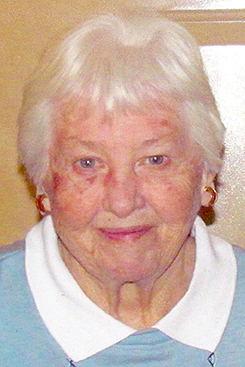 She was born on May 19, 1921 in Gowen City, and was the daughter of the late Jesse D. and Nancy Engle Smink.

She was a member of St. Peter’s Evangelical Lutheran Church, Middletown; was a volunteer for Meals on Wheels; was a member of Londonderry Senior Citizens; and she enjoyed crocheting, but was best known for her cooking skills.

In addition to her parents she was preceded in death by her husband Francis Long who passed away on January 13, 1981, grandson Robert Long, two sisters Catherine Weikle, and Ivy Reidinger, and three brothers Lamar Smink, Marvin Smink, and Raymond Smink.

Funeral services were held on Monday at her church, with the Rev. Dr. J. Richard Eckert officiating.

Memorial contributions in Arlene’s name may be made to St. Peter’s Evangelical Lutheran Church, Spring and Union Sts., Middletown, PA 17057.