Falcon golfers should be strong again

Falcon golfers should be strong again

“I think we’ll be competitive for the division championship,’’ said Baseshore. “We got, really, a strong team and some real good kids.’’

Indeed, the Falcons already have finished a close third in a golf match at State College with its six division rivals, battling Central Dauphin to a tie but losing the tie-breaker – the Rams’ sixth golfer had a better score than LD’s sixth golfer. Hershey won. 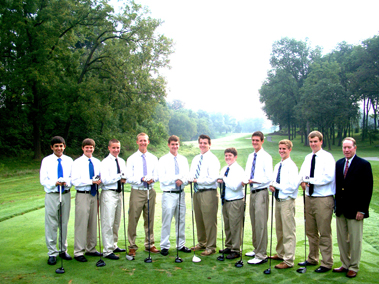 The Falcons are led by senior Drew Patterson, their top player and co-captain, who “we expect great things out of’’ this season, said Basehore.

Co-captain Chad Stine, another district qualifier last year, is a junior and the Falcons’ No. 2 player, said Baseshore.

Also returning is Tyler Maiman, who qualified for the district championships as a freshman last season.

Other golfers on the team are strong, including senior Ben Sails, who will “be a contributor as well’’ this season, predicted Baseshore.

The two others who will make up the Falcons’ six-man squad are sophomore Cole Backenstose and junior Jon Ringenbach. The PIAA changed the rules this season: six players to a team, down from seven.