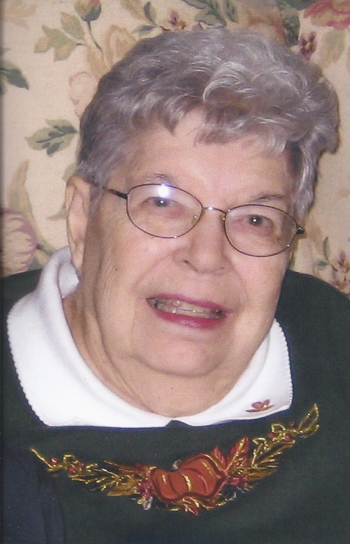 Ethel L. “Ess” Carpentier, 96, of Middletown, entered into rest on Saturday, December 7, at her home, surrounded by her loving family.

She was born on September 3, 1917 in Middletown and was the daughter of the late Harry C. and Kathryn L. Rank Pugliese.

She graduated from Middletown High School in 1936; she worked at the former Olmsted AFB and transferred to Tinker AFB in Oklahoma, where she retired in 1979, later returning to Middletown; and she was a member of the former Elks Lodge and Moose #410 Auxiliary, Middletown.

Ethel’s life revolved around her family. Her greatest joy was her grandchildren, great-grandchildren and great-great-granddaughter. A talented embroiderer she also enjoyed playing cards and Bunco, gardening and cooking.

In addition to her parents, Ethel was preceded in death by her first husband Earl G. Landis and her second husband Gerald A. Carpentier, to whom she was married 47 years, brother Donald P. Pugliese, and sister Betty Evelyn Pugliese.

Funeral services will be held at noon on Friday, December 13, at the Matinchek and Daughter Funeral Home and Cremation Services, Middletown, with the Rev. Ted Keating officiating.

Burial will be in Hillsdale Cemetery, Londonderry Township.

Visitation will be from 11 a.m. until time of service on Friday at the funeral home.

Condolences may be sent to www.matinchekanddaughterfuneralhome.com .