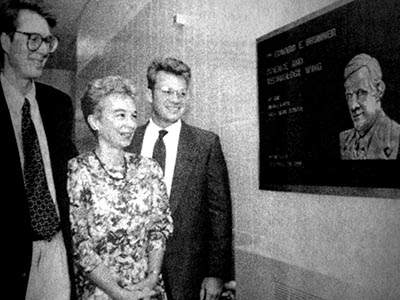 From The Wednesday, January 15, 1992 Edition Of The Press And Journal

From JFK To HIA
Subjects ranging from the assassination of JFK to waste buried under the runway at Harrisburg International Airport were addressed by United States Senator Arlen Specter during a stop in Middletown last Thursday afternoon. The visit in Middletown was one of many for the senator during a number of “open house” stops throughout Central Pennsylvania.

The issue of Specter’s role in the investigation of the assassination of President John Kennedy was a prime topic last week. He repeatedly fended off questions about his portrayal as “the biggest liar in America” in the controversial film “JFK.”